CHILDREN OF THE NEW GENERATION

Resume connection with children is the most important thing right now. Children who have come to the Earth are subtle creatures whom parents cannot understand. After all, when a child says something to you, you do not hear him. Child – is a connection with the Supreme. He tells you exactly what the Supreme Power wants to transfer. And when parents are completely unprepared for such creatures, chaos, misunderstanding, negativity are present in the family, which then revives in the child only a “black cloud” with which he has to go through his life.

We, as the Supreme Powers, are doing our best to awaken your children so that you at least for a minute think about your development. Children are the creativity of the Supreme. Children are a sign of creative being, since only they can bring new energies into this world, a new layer of the future.

It is necessary to work with children every day, giving them attention for several hours a day, if not the whole day. Children are your teachers. Look into their eyes, and you will see the whole Universe. 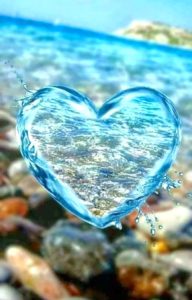 Our heart is the connecting link. People are suffering, they hurt inside so much. You should treat people with awe and know when to use your strong energy and when not to use it. Human consciousness is not yet ready to receive the subtle cosmic energy.

… Sitting in his room, holding hands with his younger brother and mother, John took a deep breath, his heart became quiet and calm, as he exhaled, saw a huge disk forming around his head. The disk began to expand more and more, shining golden light and then turning into the blue of the cosmos.

John summoned his Auxiliary Spirits who helped him send this disc to the far reaches of the universe. His heart fluttered before the most important event: this disk signified the arrival of the help of the Higher distant Forces of the Universe for all people, all living on our planet.

And the work was done, in the last minutes of the exercises, he saw a shining Golden Ray entering people’s hearts!