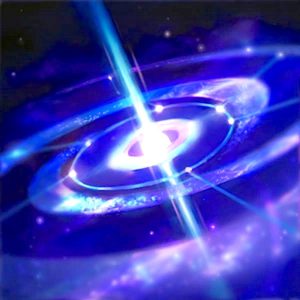 I am the Supreme Master of the Universe.

We are ready to communicate with you.

Today we are going to talk about health, and the health which you have is beyond rationality, beyond the norm. We are talking about the health of nations and peoples inhabiting the Earth.

The state of the physical body has undergone a number of changes over the past 2000, 3000 years. There was a plan to work with the deforming component of the physical bodies of the Earth’s inhabitants. To put it in one word – the epoch of degrading time points led to the fact that your so-called intellect (it cannot be called mind) has become a kind of machine, tuned exclusively to perform the same orders to the left and right: go there, pay that one, grab it, talk, torture, steal, marry, give birth, beat, cry, suffer, laugh, rejoice, etc.

The mind of an intelligent observer is not much different from mechanical robots.

The onset of the time continuum leads us, the Intelligences, to a clear understanding that it is time to end such a regrettable experiment, it is time to urgently start choosing from your earthly followers a few of those who will be able to awaken shortly, and in spite of financial or life situations, start the correct, clear, true service in the name of themselves, in the name of people, in the name of Divine prophetic laws.

We are already considering a special plan in the health improvement section. We are not talking about longevity yet, this is a long-term topic. In the future, there will be a need to create negotiations with all the Powers who, in one way or another, will be involved in all the changes of the coming centuries.

An important aspect is not to improve health, but to anticipate any deviations from the norm. What does “norm” mean?

Basically, the dependence of health is planned by the program of the residence of an observer, in what system he is born. It cannot be said unequivocally that the worlds are equated to each other. The world from which an observer came out can lead him to complete and irrevocable destruction for health, and being born in another world (space, in your understanding), an observer commits acts horrible in his morality, but his health is in the correct form.

Therefore, we will take as a basis not incarnational rebirths, but the middle component, which is embedded in the very process of survival of a human observer at birth.

All these can be defined as the Law of Equilibrium.

In this regard, it is the type of disease that is considered at the exit from the norm (from the Central Branch).

We see that an observer exposes himself and his destiny to unbearable attacks, not taking into account any ordinary signs of fate.

These are all signs that can tell an observer about the confusion he is sinking into.

For Intelligences leading the plan of a state, a country, people, a city, a family, everything is made according to a clear algorithm:

We begin to lead the bright searching observers more carefully, giving signs to meetings with those whom we are bringing and aiming at a new kind of joining the Central Branch.

Further, a more integral guiding begins, when the observer is removed from the influences of this Branch and we build our own Branch of actions for him, to which we begin to bring bright representatives of observers who, in joint facilitation, are able to plunge into the depths of new streams of knowledge and vibrations.

Their health becomes parallel to actions – i.e. not the centre of the meaning of life – and does not in any way depend on the Central Branch, which was built exclusively for global impact on weak and meek observers.

We hope that our explanation is clear to you.

The branches on which you (direction of Blis in lovei) are set and attached, will be the basis in the new dimension. This is no longer 3D or 4D. This is a new kind of space, the world for which we create a new plan of creations. So, your Branch is now forming around itself a powerful set of rings, into which new observers will get into, for whom the answers to exciting questions will be signs of a change in their destinies. They will shortly stop caring about personal career growth, relatives or friendship unions, and will switch to a clear system of involvement in the worlds of knowledge, accumulation and creation in the name of the Divine Plan.

We, the Intelligences of the Remote Misty Rings, greet and thank you.